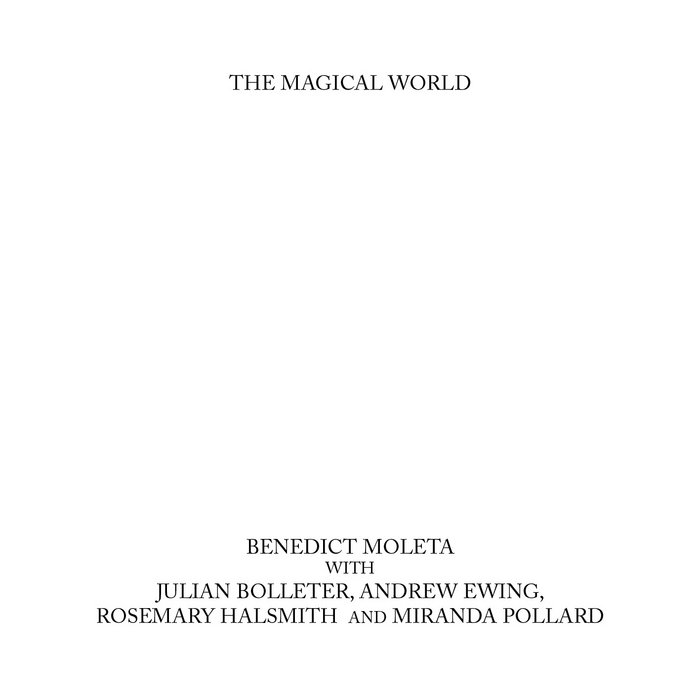 The songs were written between late 2010 and late 2011 and rehearsed over an 18 month period.

Andrew worked with Benedict on his previous album Singleton, and kept rehearsing as the new songs were written for the new album, developing beautiful lead guitar lines and playing bass too.

Julian and Benedict had a go playing together once in 2007, and have been waiting for an opportunity to work together properly ever since. The keyboards are central to the new album, with many songs arranged around them. There is even one song (Dead Deal) with only keyboards and Benedict’s vocal – no guitars or other instruments, like a real piano ballad.

Miranda worked with Benedict on the previous album Singleton. It was an inspired collaboration, and, on the new album, Miranda sings harmonies throughout. Miranda’s perfect phrasing and gorgeous voice bring the album to life. At some points Andrew also sings harmonies, and the combination of three voices creates some unique vocal moments.

Rosemary Halsmith (a classically trained percussionist) has played keyboards and glockenspiel on several of Benedict's albums, and on the new album plays ‘cajon’ (a percussion instrument traditionally used to accompany flamenco dance) on three tracks. The percussion really shines on the album’s final track River Mouth, which has something of a Graceland vibe.

The songs are about friends, loved ones and Benedict’s dog, and there are a couple devoted to heroes from the worlds of music and skateboarding.
Andrew Ewing has made a video for the track Happy Girl which you can watch at on the video page of benedictmoleta.com

Benedict Moleta began performing and releasing music in 2001. He has worked with a regular band and a large range of collaborators, as well as playing solo shows. All these configurations are represented on his albums.

Bandcamp Daily  your guide to the world of Bandcamp